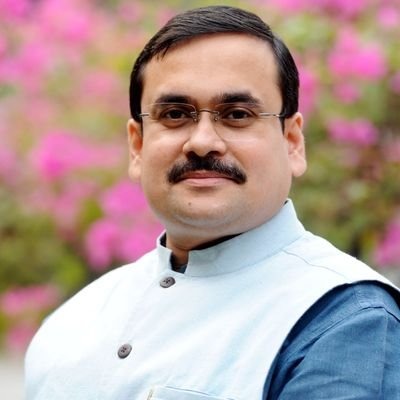 He had his early education at Sri Aurobindo International Centre of Education, Puducherry and successfully defended his doctoral thesis from Jadavpur University, Kolkata on the early nationalist education movement in India and its underlying philosophy of education. Between 2010 and 2013 he was Research Fellow at Vivekananda International Foundation (VIF), New Delhi. Dr. Ganguly regularly lectures in various leading Universities and Institutions across the country. Author of three books, "Debating Culture"- (New Delhi, 2013), "Swami Vivekananda- Buddha and Buddhism: a Mystic Link" (Kolkata, 2014), "Education: Philosphy and Practice" (New Delhi, 2011). He has also authored numerous papers, chapters and monographs on civilisational, political, educational and cultural issues. He recently edited a book on India's Foreign Policy titled "The Modi Doctorine". A consistent proponent of projecting India as a civilisational-state, Dr. Ganguly is also a columnist with the New Indian Express and the Daily Pioneer.

He can be contacted at anirbangan@gmail.com and followed on twitter at @anirbanganguly. Mukul Asher is a Professor in the Lee Kuan Yew School of Public Policy at the National University of Singapore. He specialises in public sector economics and social security issues in Asia. He has published extensively in international journals, and has authored and edited several books. He has been a consultant to the World Bank, International Monetary Fund, World Health Organization, Asian Development Bank, Organization for Economic Cooperation and Development, and other institutions. He has interacted with policy-makers as a resource person in several Asian countries such as India, Indonesia, Vietnam, People’s Republic of China, and Sri Lanka. He is on the Editorial Board of International Social Security Review, a leading journal in the field. He teaches applied public sector economics and economic reasoning for public policy. Vikramjit Banerjee is an advocate practicing primarily in the Supreme Court of India. He is also the Advocate General for the State of Nagaland. He graduated in Law from the prestigious National Law School of India University, Bangalore and went on to do his LL.M. from University of Leicester (UK) as a Chevening Scholar. He regularly lectures in various leading Universities, Institutions and Think Tanks across the country. He has authored various books and monographs and has many research articles published in leading journals to his credit. He has written extensively on law, culture, religion and development and his articles and columns have been widely appreciated and cited as reference by various authors of repute.
He can be contacted at vikramjit.b@gmail.com He can be contacted at sangit_ragi@yahoo.co.in Harshvardhan Tripathi has been one of those Hindi bloggers who make the first line of initial lot to use the medium for social journalism that blasted into social media in course of time. He believe that Twitter and Facebook social site platforms are not simply tools to connect with masses, but have many technical aspects which should be exploited to create brands and personalities. Apart from blogging, he has got a vast journalistic career spanning in 2 decades with Web Duniya, Dainik Jagran, Amar Ujala, CNBC Awaaz and P7 News. He is a passionate political and economic observer as well as analyst. Expressing through various articles on contemporary issues. For last a couple years he has been a regular on panel discussions on Lok Sabha and CNBC Awaaz and many other news channels apart from participating in various seminars and programs as policy and political commentator.
He can be contacted at harshvt@gmail.com Shiwanand holds a postgraduate degree in Political Sciences. He is the Editor of web-portal nationalistonline.com. He is also a regular columnist with leading Hindi newspapers, magazines and online portals. A popular blogger, Shivanand’s major research areas are trends in Indian media, contemporary politics and free market.
He may be contacted at saharkavi111@gmail.com Shubhendu is Commonwealth Scholar and currently enrolled with the University of Edinburgh for Masters in Public Health. He obtained his post-graduate degree in intellectual property law at Queen Mary, University of London as a Chevening Scholar. He is a graduate of Tata Institute of Social Sciences, Mumbai and holds a degree in law (LL.B.) from University of Delhi. He also serves on the editorial research team of the journal of the foundation 'The Nationalist'. An avid quizzer, Shubhendu’s research interests include public policy, health law, regulatory affairs and law making.
He may be contacted at a.shubhendu@gmail.com Amit provides administrative support to SPMRF Team. He also serves as the Executive Assistance to the Director, SPMRF. He takes care of the official communication and documentation at the foundation. Amit is also entrusted with the task of managing get-togethers and seminars & conferences hosted by the foundation.
He can be contacted at amitspmrf1@gmail.com Shailendra holds a postgraduate degree in Journalism and is currently pursuing his second masters in Buddhist Studies from University of Delhi. He serves on the editorial research team of the journal of the foundation 'The Nationalist' and writes regularly for it. His columns have also appeared in various Hindi newspapers and web portals. His research interests include Indian culture, identity and politics.
He can be reached at shail.shukla1985@gmail.com Ayush is a graduate of Birla Institute of Technology, Mesra, Ranchi and holds a degree in law (LL.B.) from Campus Law Centre, University of Delhi. He has accomplished a post-graduate course in International Law & Diplomacy from the Indian Society of International Law, New Delhi. He is also serving as Copy Editor for the web portal nationalistonline.com. Ayush’s research interest includes public policy, law & governance and political violence. He also serves on the editorial research team of the journal of the foundation 'The Nationalist'.
He can be contacted at ayush.nna@gmail.com Adarsh received his graduation degree in Mass Communication and master’s degree in Journalism from Makhanlal Chaturvedi National University of Journalism and Communication, Bhopal. He is a regular columnist with leading Hindi newspapers, magazines and online portals. His major research areas are contemporary politics and developmental policies of government. He has contributed in various reports on subjects such as Article 370, Citizenship Amendment Act and other related issues.
He can be contacted at adarshtiwari208@gmail.com Brokering game between the hand and the sickleThe insidious agenda of the pseudo-liberal brigadeLeft and Congress repeatedly fail to see core reasons for their declineOf Congress and cowardsPositive Impatience, Legitimate Aspirations