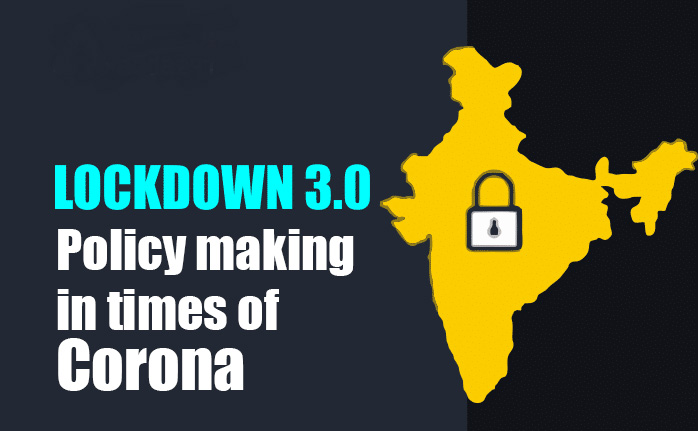 Policy making in the times of Corona is a tight-rope walk. Goal posts are changing every day. Information is evolving. We learn more about health interventions and research, but despite all efforts, no treatment or vaccine is available so far.

Opening up too fast runs the risk of the spread of the virus. Keeping the lockdown for too long risks a deeper economic recession. Countries that did not lock down soon enough are losing both lives and livelihoods. With an early lockdown, and now a cautious easing, India is now trying to balance lives and livelihoods.

The advantage India got from an early lockdown is threefold: one, we have better information of the spread of the virus in different parts of the country; two, we have not lost thousands of lives; three, our health system is better prepared for testing and critical care.

So far, the country has done well in keeping the number of fatalities low. Projections for COVID-19 deaths in India based on the experience of other countries were much higher. The early lockdown, contact tracing, quarantine and treatment prevented a high fatality rate. All projections indicated huge requirements for critical care and large number of fatalities if the virus was allowed to go unchecked. Fortunately there have been no long queues outside hospitals and no mass cremations. Critical care is not under the kind of pressure some other countries are facing.

This is no mean achievement. There has been plenty of criticism about the early lockdown, inadequate planning, the sudden shut down of public transport, difficulties for migrant workers, behavior of the police, and the strict and sometimes arbitrary rules. But time was critical. We did not know how the virus had already spread and could spread if we delayed. Social distancing was our only choice. Countries with health systems far superior to ours, that tried to keep the economy going, were losing thousands of lives. If the virus had spread unchecked in India the way it is in those countries, do we know how many we could have lost? At the time of writing this column, 10,632 people have recovered, compared to the 1301, who have succumbed to the virus.

We do not know the counter-factual, so we will never know, how many lives would have been lost if we had preferred to first see if we would be lucky enough, our climate warm enough and our immunity adequate. No proven research for what works, no vaccine, no treatment, and thousands requiring critical care in other countries meant that there was a chance that India could face similar devastation.

Preventing the virus from spreading with a complete lockdown was, no doubt, a disaster for the economy. Most parts of the economy had to shut down. Sales collapsed, businesses stopped production, and supply chains were  disrupted. While many essential services such as agriculture, harvesting, fishery, etc. got restored in Lockdown 2.0, others remained shut. In response, there is advice on the one hand, from reputed economists to urgently give large fiscal packages of upto 5 percent of GDP. On the other hand, Indian industry is asking the government to open up the economy fully immediately.

However, both proposals are fraught with risks. On both counts, the approach of the government has been sensible and cautious. A fiscal package of Rs 1.7 lakh crore that included direct benefit transfers for 3 months was announced. With GDP down, tax revenue is down. Domestic borrowing depending on household savings will go down if incomes fall. Printing money also has its limitations. Dependence on foreign borrowing can be increased but only to a small extent. Going overboard announcing large spending in the first month of the fiscal year would have been foolhardy and the government, sensibly, did not do that despite the clamor. Large spending announcements might have been popular, but in addition to the COVID-19 virus and the recession, India does not need a macroeconomic crisis.

The demand from industry has been for early easing for the lockdown. During the lockdown so far only essential goods and services were allowed in the country. While it is true that R0 (the number of people each individual infects) has come down, and COVID-19 cases are taking much longer to double, but this is under conditions of a strict lockdown. The virus has been contained due to the hard work of thousands of doctors, police persons, municipal corporation employees, and others engaged in testing, tracking and treating people. By now almost all of us know someone who has been contacted to undergo a test because they might have been at risk of contracting the virus. We do not know what would be the spread of the virus without this kind of surveillance.

In any exit strategy, there will be a shift in priority to livelihoods, but without giving up the objective of saving lives. Caution is still necessary. The country has been divided into different zones for the purpose of permitted activities in each zone. India is a large and diverse country. Local conditions differ. There are many factors that can decide which areas and which activities should be permitted. Care has to be maintained that when we ease restrictions, there is no excess pressure on critical care. So the number of cases, the share of the elderly with co-morbidities, the status of health care and the ability of the state and district administration to deal with the virus is important. We have been lucky so far, but we cannot stop being cautious. As lock down fatigue sets in, no doubt there will be impatience at the slow pace of it being lifted. But COVID-19 cases are still spreading in dense urban clusters, and we have yet to see how the doubling rate will change when the lockdown is lifted.

In the fight against corona and in the revival of our economy, India’s biggest strength lies in its young population. It may be many months before a vaccine is developed and everyone has access to it. We have to live with the virus until then while we protect lives and livelihoods. With those above 65 at about 8.5 percent of the population, and mostly retired, it will be possible for production and offices to resume work.  Even if the young get the virus, they are often asymptomatic. Unless this virus is proven to be different from other corona viruses, we can expect that they will soon become resistant. One important challenge will be how to protect the elderly who live with the young. According to the census 70 percent of households do not have any member about 60 years of age. Those who do, will have to voluntarily practice social distancing and protect the old. Eventually when the young acquire immunity, the virus will not find a host and will not be able to spread. Until then, we have to take protect elderly, those with co-morbidities and those at high risk of getting and spreading the virus.

(The author is an economist and a professor at the National Institute of Public Finance and Policy. Views are personal)