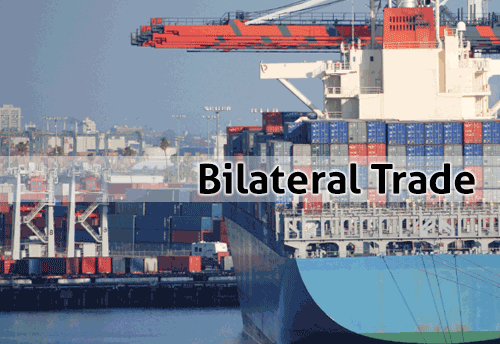 Geographically Colombia is connected to Central America by the Isthmus of Panama and borders Ecuador and Peru to the south, Brazil and Venezuela to the eastand with a string of islands in the western Caribbean. Their population is approximately 49.3 million and Spanish is the official language. Like India, it is a country with many distinct regional cultures. The discovery of the country’s coastal lands in 1499 by Spanish occupation for 300 years, explains the integral role of Spain in the region’s cultural, religious, and political development. Columbia is known for its richness in literature and preforming arts.

The fertile land of Columbia supports banana and sugarcane, coffee, cassava plantations along with cattle ranches. It is known for some of the richest mineral deposits in the world, including gold and emeralds and also worlds second leading exporter of coffee. The economy is primarily dependent on manufacturing and agricultural exports,fifty-one percent of the GDP comes from the commercial sector.Heavy industries also make a significant contribution to the GDP, such as oil production and coal mining. Economic progress over the past few years, has resulted from the government’s efforts to make the economy more specialized and productive by encouraging trade, deregulation and financial investment. A free-market economy has allowed the country to benefit from foreign trade and foreign investment. After the North American Free Trade Agreement, Colombia established a similar trade pact with several Latin American nations. The labour force categorized as skilled and semi-skilled are very similar to India.

Colombia and India established diplomatic relations on January 19, 1959. In the last years the relationship between the two countries has increased extraordinarily in political, commercial and cultural fields. Evidence of this are the high-level visits from Colombia to India and vice versa and a number of Bilateral Treaties and MOU’s. There have been agreements between the two nations in the field of commerce & trade, IT, Defence cooperation, Urban Development, NASSCOM between ANDI (National Association of Industries of Columbia) & FEDESOFT and Diplomatic Academies. India supported Columbia with disaster relief aid in the wake of country-wide floods and damage to infrastructure in 2010. According to a document issued by the Ministry of External Affairs, Govt. of India both the nations are known to have friendly and cordial bilateral relations and coincidence of views on most of the global issues in the various multilateral fora.

Economic relations between the two nations has been on an upward trend during the last years. Bilateral Commercial and Economic Relations have emergedin the recent years. Last two years have seen the export and import baskets getting more varied. The total trade between the two nations has summed up to 941.86 million dollars in the year 2016 from January to September.  Indian imports include mineral fuel, minerals oils, natural or cultivated pearls, wood and steel articles of wood and Cocoa. Indian exports include Motorcycles in CKD form, Vehicles other than railways, Cotton yarn and woven fabrics of cotton, Organic chemicals and Iron & Steels. India-Colombia business organizations have been interacting on a regular basis and a number of business delegations led by export promotions councils in the last 5 years. To further promote bilateral business interest, a ‘Colombia-India Chamber of Commerce’ was formed in Bogota in September 2008 with the support of the Embassy under the “Make in India” initiative.

As part of Indiareaching out to Latin America, both the nations are constantly working on ways to strengthen and leverage bilateral ties. Discussions have been held on a wide-range of issues of shared common interest to further expand and strengthen bilateral relations. India has extended assistance to Colombia in capacity building under its ITEC (Indian Technical and Economic Cooperation) programme and expressed readiness to extend cooperation in the post peace process reconstruction and rehabilitation. Colombia is the most preferred Latin American country for India to do business with, primarily because of the growing economy and diplomatic relationship between the two nations. Its strategic geographical position coupled with good ports to the Atlantic and Pacific is strategically advantageous for international trade. Most Indian companies have positioned themselves primarily within Colombia’s oil exploration and mining industries and companies in business process outsourcing (BPO), the automotive sector, and pharmaceuticals are also stepping in. Colombian Bank, which operates internationally in the region, can monitor and interface with all its branches around the clock, this makes trade practice smooth for getting a 360-degree view client’s transaction, including high-net-worth clients who use foreign currencies across multiple subsidiaries.

Colombia has enjoyed a surprising political and economic turnaround over the past decade. The government has reclaimed territories it had abandoned to drug traffickers and rebel armies, crime rates have fallen drastically, investor confidence is high, and unemployment has dropped. All these factors have been advantageous for India and can be used as an access point for increasing its trade in the South America through Columbia. The recent socio-economic and political tension in Columbia’s neighbouring country Venezuela has made them completely dependent on other nations for its trade practices. It’s important that India leverages this opportunity to look in to the trade prospects to increase its coverage in Latin America for trade and exports. Currently India exports only 2.69% of its total good to Latin America and there has been a decrease in the trade by 12.18% in 2016-2017 year . After many years focused on internal developments, Colombia has surfaced for international business and global partnering for cooperation, trade and investment, security, technology, education, and energy. It is a founding member of the outward-looking and trade-liberalising trading bloc, the Pacific Alliance (along with Chile, Mexico and Peru) and an active member of the Forum for East Asia-Latin America Cooperation (FEALAC), member of the Association of Caribbean States, and the Organization of American States (OAS). These platforms can be leveraged by India for expanding its trade outreach in Latin America. Growth in Columbia is expected to strengthen gradually over the 2018-2020 period, with growth accelerating to 2.7percent in 2018, and further to 3.6 percent by 2020, supported by higher oil prices, stronger private sector demand, and a pick-up in implementation of the 4G infrastructure program .

President Juan Manuel Santos in an interview conducted by Wion on July 13th, 2018 had stated that he and Prime Minister Narendra Modi have similar ideologies on framing the National Policies in sectors such aseducation, infrastructure and IT. He mentioned that his views and inspiration on fighting against poverty has been influenced from India. He was able to put the multi-dimensional index to fight poverty and that’s how Columbia has been the most successful country in combating poverty in the whole of Latin America.

The current socio- economic and political crisis in Venezueladue to hyperinflation, food shortages, economic war, decline in the oil output, lack of medicine shortages, and increasing crime and poverty are the key issues the nation is dealing with. Interdependencies make the relationship between Colombia and Venezuela an economic management conundrum. Venezuela was Colombia’s second-largest trading partner supplying industrial products and increasingly also basic foodstuffs. Growing asymmetries between the two countries has hampered the sustainable economic development, hence they are in despairing need to strengthen trade ties with other nations. Given the differences between the economic systems, imbalances are inevitable, with massive price differences for strategic goods generating immediate demand. Conversely dramatic shortages of medicines in Venezuela generate enormous local border traffic and migration to Colombia, placing great strains on Colombian healthcare infrastructure and distribution systems in communities close to the borders, therefore this can be taken as an opportunity for India to expand its outreach in pharmaceuticals and healthcare facilities even more than before. Indian Pharmaceutical companies who have a presence in Columbia currently are Dr Reddy, Aurobindo Pharma, Cipla and IPCA.

Colombia’s economy continues to rely heavily on commodities. The commodity sector is important, and India can converge to support economic development by developing new trade pacts with Columbia and Latin America which will directly generate better-paying jobs for Colombians and accelerate the growth and competitiveness of higher-value-added sectors. The key is to converge between the government and the business community. Focus is need on services to sectors with strong base in Colombia for example in health care. Both the Governments need to sector wise work with the businesses to create and implement a strategic agenda for buildings an overall understanding of the sector position in the marketplace in Columbia and India. Identifying areas where India can access the Columbian market through various platforms set up in the area of Industry promotion.One such initiative has established a local chapter of the ‘International Association of Outsourcing Professionals’, the first in Latin Americawhich will help managers stay connected to their peers abroad and to become up to date on global trends. In addition, a partnership between exporters and the government will promote foreign investment in a variety of sectors.

The leaders of Colombia’s business community and public sector are committed to accelerating the pace of the country’s economic development. This goal can spur economic development opportunities for India not only in Columbia but whole of Latin America for sustained improvement in the international business, security, and fiscal policy.