Home » Constitutional Integration of Jammu & Kashmir: An end to the anti-Constitution discriminatory Practices in the State 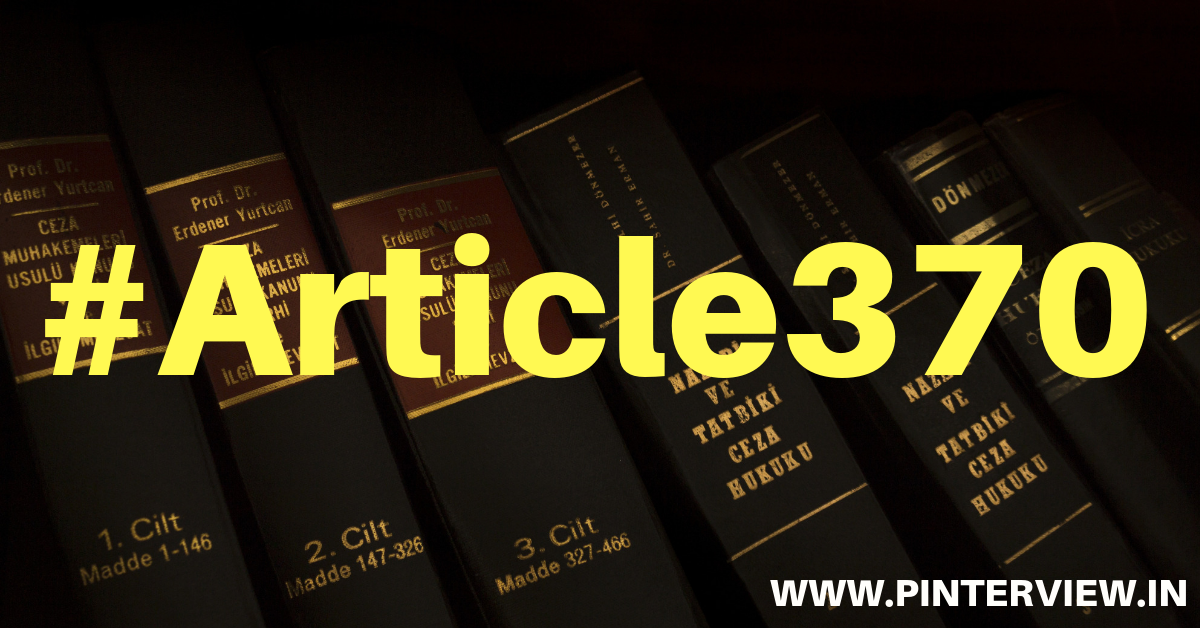 On 5th August 2019, Home Minister Shri Amit Shah presented the Jammu and Kashmir Reorganisation Bill, 2019 in the Rajya Sabha. With this historic move, the Modi Government has fulfilled not just the promise of its manifesto but a long-standing nationalist demand in India. Let’s be clear that among the three major agendas of the BJP i.e. Ram Janmbhoomi Mandir, Uniform Civil Code and Article 370, it was Article 370 that was considered next to impossible. But the ease with which it went down is the testimony to the iron will of the Prime Minister Modi and his Government.
The constitutional integration of the erstwhile state of Jammu and Kashmir was a logical culmination of the accession of the Kingdom of Jammu and Kashmir to India. It must be reminded that the instrument of accession of the Kingdom of Jammu & Kashmir was the same as the instrument of accession signed by other princely states, which had no provision like Article 370 or promise of the plebiscite. Nor was there any promise by the government of India or the Parliament to conduct any plebiscite.
Article 370 was the manifestation of the majoritarian and communal politics in Jammu & Kashmir and its appeasement by the successive governments in New Delhi. Article 370 privileged the Sunni male population of a few districts of south and central Kashmir over Gorkhas, Sikhs, Dogras, Dalits, Tribals, Buddhists, Shias etc who constitute the diverse population of the erstwhile state of Jammu & Kashmir. It was due to Article 370 of the Indian Constitution that they were all reduced to the second class status in their own land. Dalits were not allowed by law to take up any government jobs but that of a sanitation worker. No matter what their qualifications were, the only job they were eligible for was that of cleaning the drains. These Dalits mainly from the Valmiki community were also denied full property rights and permission to buy land in the cities. While the illegal Rohingya migrants were promptly settled in the cities. This abhorrent enforcement of the caste discrimination and caste-dictated profession was possible only due to the Art 370.
Not only this but the Employment of Manual Scavengers and Construction of Dry Latrines (Prohibition) Act, 1993, National Commission for Safai Karamcharis Act, 1993, The Prohibition Of Employment As Manual Scavengers And Their Rehabilitation Act, 2013 were also not applicable to the state of Jammu & Kashmir. The Scheduled Castes and Tribes (Prevention of Atrocities) Act, 1989 also didn’t apply to the state leaving the Dalit and the large population of the mostly Muslim Tribals defenceless against the caste-based discrimination and violence.
The Hindu and Sikh refugees of the partition and Gorkhas residing in the state for two hundred years were also denied the voting and permanent residency rights while the Muslim refugees from Tibet and Xinjiang of the 1950s were granted citizenship. This blatantly communal discrimination was again possible only due to the Article 370. The sordid saga didn’t end even here. The Supreme Court judgement de-criminalising the homosexuality didn’t apply to the state of Jammu and Kashmir. It means that the LGBTQ community was still vulnerable to the harassment and could be jailed simply for their sexual orientation. The Maintenance and Welfare of Parents and Senior Citizens Act, 2007, The Rights of Persons with Disabilities Act, 2016 were also not applicable to the state leaving the people deprived of the protection and benefits of these laws.
Several minorities notably Hindus and Buddhists suffered from institutional discrimination. The discrimination also extended to regional differences. The culture and language of Ladakh were sought to be subverted using the Article 370 and region was always discriminated against by Srinagar in the developmental work. The funds sent by the centre hardly reached Ladakh and other peripheral parts of the state.
The Article 370 also instituted the gender apartheid by enabling the infamous article 35-A. Under it, women would lose all her property rights if she were to marry outside the state. No such provisions existed for men marrying outside the state. Such medieval punishment for women exercising their right to marry and gross violation of the basic rights of the children by treating them as ‘illegitimate’ for inheritance was a blot on the Indian democracy.
But now with the constitutional integration of Jammu and Kashmir and Ladakh, such discriminatory provisions have ceased to exist. Now the full force of the emancipatory Constitution of India applies to the union territories of Jammu & Kashmir and Ladakh bringing the light of the modern law to displace the chaos of the regressive laws based on the foundation of communalism and parochialism. The faux argument by the opposition that Article 370 was needed because Jammu and Kashmir was a Muslim majority state is dangerous and anti-constitution. If the Constitution of India is good for 200 million Muslims in the rest of India, then it is good for 6 million Muslims in Kashmir as well.

(The Writer is an Assistant Professor at the University of Delhi. The views expressed are personal)